In my high school years we did a poem in English Literature called In Praise of the Shades by Chris Mann. It was not a particularly well-written or heart-moving poem, but don’t get me wrong here! I am not saying it wasn’t good. I am just saying that, if you read through it quickly without paying attention, it would not have been an “oh, that was lovely” moment. So, why bring it up then? I hear you ask. Well, simply these two lines:

It’s amazing, some people discuss more
with hitchhikers than even their friends.

Obviously we read the poem numerous times, going through every single sentence analysing and making notes over and over again. And the more we read it, the deeper it moved me.

The idea of having conversations with strangers fascinated me from a very young age. But alas! Small town kids don’t meet strangers. The only stranger you are likely to meet is the new girl in school after June winter holidays. And she won’t be a stranger for that much longer. I suppose that is why I was so incredibly desperate to get out of there. (Have I told you that I partially started packing up my room in St.8? Because as soon as I am done with school, I. Am. Leaving.) I left two years later when I was *finally* done.

I hit the road to adulthood and in a flash I became a grownup doing grownup stuff: cooking my own food, making my own bed (haha! like that ever happens) and buying toilet paper and electricity and dog food and toothpaste and a whole lot of other stuff I never realised I actually needed. And now I can’t help to wonder how my parents ever made it this far without losing their shit completely.

Somewhere along the journey I put my much-loved-literature-books in suitcase and put it somewhere I will probably never find it again… and I carried on with life as an adult.  (That is a true story! I still have my Afrikaans and English literature scripts lying around here somewheres.)

Early this year I found myself in a situation where I had a two-hour conversation with a woman I barely knew. You know, one of those conversations where you rip your heart from your sleeve and chuck it on the table and say “there! Take it.” What was supposed to be a quick pick-up-and-go turned into a mutual sharing of heartaches and beliefs and values. I am an introverted extrovert – or an extroverted introvert – and this is not something I would normally do. Yes, I will chat and laugh and stuff, but putting that much of myself out there? No. End of discussion. But you know what was the nice thing about it? I did not care. She did not – and will not – know me. And I did not and will not know her. Neither of us will judge.

Driving back home that day I felt something I have always longed for. Something familiar and unfamiliar at the same time. And that was the moment I recalled this particular poem. (I had to ask my English teacher for the poet’s name (and the poem’s title), since I still don’t know where I put those darn scripts.)

Hitching across a dusty plain one June,
down one of those dead-straight platteland roads,
I met a man with rolled-up khaki sleeves
who told me his faults and then his beliefs.
It’s amazing, some people discuss more
with hitch-hikers than even their friends.

His bakkie rattled a lot on the ruts
so I’m not exactly sure what he said.
Anyway, when he’d talked about his church
and when the world had changed from mealie-stalks
to sunflowers, which still looked green and firm,
he lowered his voice, and spoke about his shades.

This meant respect, I think, not secrecy.
He said he’d always asked them to guide him,
and that, even in the city, they did.
He seemed to me a gentle, balanced man,
and I was sorry to stick my kit-bag
onto the road again and say goodbye.

When you are alone and brooding deeply,
do all your teachers and loved ones desert you?
Stand on a road when the fence is whistling.
You say, It’s the wind, and if the dust swirls,
Wind again, although you never see it.
The shades work like the wind, invisibly.

And they have always been our companions,
dressed in the flesh of the children they reared,
gossiping away from the books they wrote,
a throng who even in the strongest light
are whispering, You are not what you are,
remember us, then try to understand.

They come like pilgrims from the hazy seas
that shimmer at the borders of a dream,
not such spirits that they can’t be scolded
not such mortals that they can be profaned,
for scolding them, we honour each other,
and honouring them, we perceive ourselves.

When all I seem to hear about these days
is violence, injustice and despair,
or humourless theories, from cynical hearts,
to rescue us all from our human plight,
those moments in a bakkie on a plain
make sunflowers from a waterless world.

Just last week, I ended up having a 45-min conversation with a sales lady picking up my nanny’s little boy’s jersey. Conversations with strangers should be encouraged. You never know whose waterless world needs sunflowers. I believe in God and eternity and the Greater Good. I believe that everything happens for a reason and the word “coincidence” should be removed from our dictionaries. I believe that believing in Unicorns and the colour pink makes me a better person and that all people should believe in something unbelievable. END_OF_DOCUMENT_TOKEN_TO_BE_REPLACED

Another good reason why I love unicorns ♥

Unfortunately I don’t know who made this lovely picture, but I am IN LOVE with it! 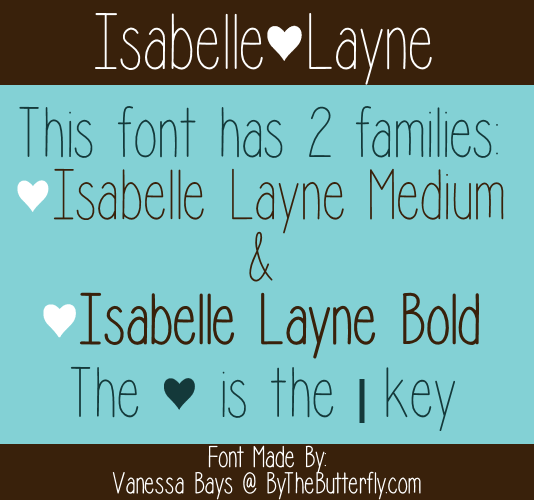 by Lana | Nov 13, 2013 | Creative Resources, Illustrators You Should Know Of, My Career as a Graphic Designer I thought I’d just quickly share lovely fonts by By The Butterfly.

It is not for commercial use, but you are allowed to create many lovely personal projects. Please respect the creator’s rights ♥

They won’t use me – D. Figel-Hartman

by Lana | Jul 3, 2013 | Illustrators You Should Know Of, Stuff that fits nowhere

People interest me. But that’s it; they interest me. If I didn’t put all my time into painting I’d try to understand them. But I don’t have another lifetime and I can’t make it this time. I can’t seem to feel any sympathy. My life is with theory and while there are times that people give me pause to think; I don’t pause long enough, I guess. Because when I’m done, I come up with nothing. I’m neutral, I guess.

They call me for jury duty. Once in every four years I go through with it. I know what they’ll ask and what they think when they’re writing down the answers. They won’t use me. They want someone with emotion. I have to save that emotion for my painting. I can’t tell them that. They want somebody who will put himself In the other guy’s place. I can’t do that.

I walk away from trouble. I never get mixed up with anything; or anyone. They honour my individuality when they invite me. Yet, when I appear they deny that individuality, because they won’t use me. Maybe they need me for the balance; if only to put them into a spin for a while. If only to show them that the world is also homosexual, artistic, solitary, indefinite, arbitrary, insecure and pathological. I would give them something to think about.

And – it would give me something to think about.